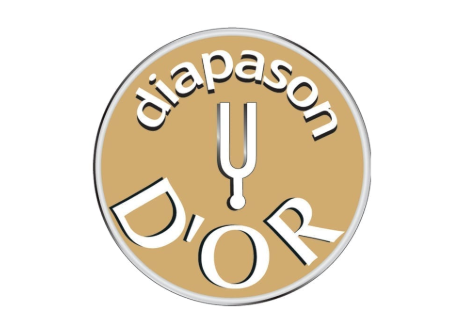 Recorded at the Church of the Redeemer, Chestnut Hill, Massachusetts (USA) by Seth Torres in January and August 2014. Arranged in a curved formation, the eight voices are close and accurate, very homogeneous in timbre. The fairly neutral acoustic presents a rather short reverberation. Good coherence of the whole.

This double album starts from a simple and previously unrealized idea: to gather the four cantus-firmus masses of Guillaume Du Fay. The term designates the scaffolding on which polyphony is built: the tenor quotes a preexisting melody in the five sections of the Catholic Mass Ordinary, for the purpose of unifying them musically. While highlighting the diversity of a set whose composition extends over two decades, starting in the 1450s, Jesse Rodin compares this corpus with Haydn’s London Symphonies and Beethoven’s late quartets. This gives an idea of ​​this music’s quality and importance, which helped make the cyclic mass the inevitable genre of the following centuries.

The two song masses (Se la face ay pale and L’Homme armé) are by far the best served on record: Munrow, Hilliard, Kirmkman, Diabolus in Musica, most of the groups that matter have set their sights on one or the other … that the exquisite Dufayist Giuseppe Maletto has recorded on the same CD. Only Dominique Vellard had formerly met the other two, chant-based masses.

One of the most brilliant American musicologists of the younger generation rolls up his sleeves to lead eight voices in a singular reading of these masterpieces. Two women and six men distinguish themselves from previous recordings by faster tempos and a free, lively, and dynamic sound. The sharply etched vocal lines are brought to life through individual and assertive timbres. One is here far from the langour that sometimes renders this counterpoint somewhat evanescent and uniform. The objective of accentuating the diversity of effects imagined by Du Fay is brilliantly achieved; it allows one to taste the contrasts and stylistic evolution of the master composer of these four masses. After a remarkable début album dedicated to Josquin and one of his little-known contemporaries at the papal chapel, Cut Circle now enters the big leagues.