Cut Circle animates Renaissance music. Hailed as “masterful,” “driving,” “passionate,” and “pathbreaking,” the ensemble marries cutting-edge research with deep knowledge of and commitment to the music’s twists and turns. Cut Circle’s forward-looking approach is rooted in a flexible vocal technique, a tireless pursuit of technical perfection, and a belief that polyphony engages all the emotions, from the serious to the silly to the crushingly sad.

Recent albums include a disc of riveting anonymous masses and a double album devoted to the complete songs of Okeghem. A forthcoming album  introduces a new sound for the music of Josquin. Cut Circle records for the Belgian label Musique en Wallonie.

“Cut Circle” is a symbol that in the fifteenth century functioned as both a time signature (the “O” indicates triple meter) and a tempo marking (the “|” calls for an accelerated tempo). Following composers’ tempo indications helps the music come alive. 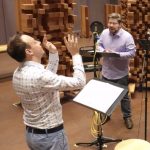 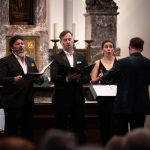 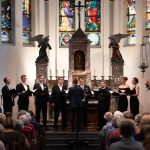 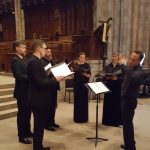 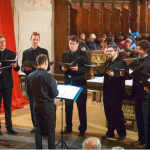 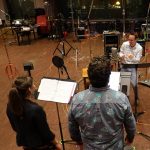 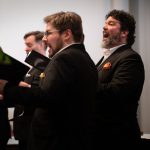 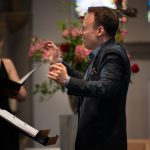